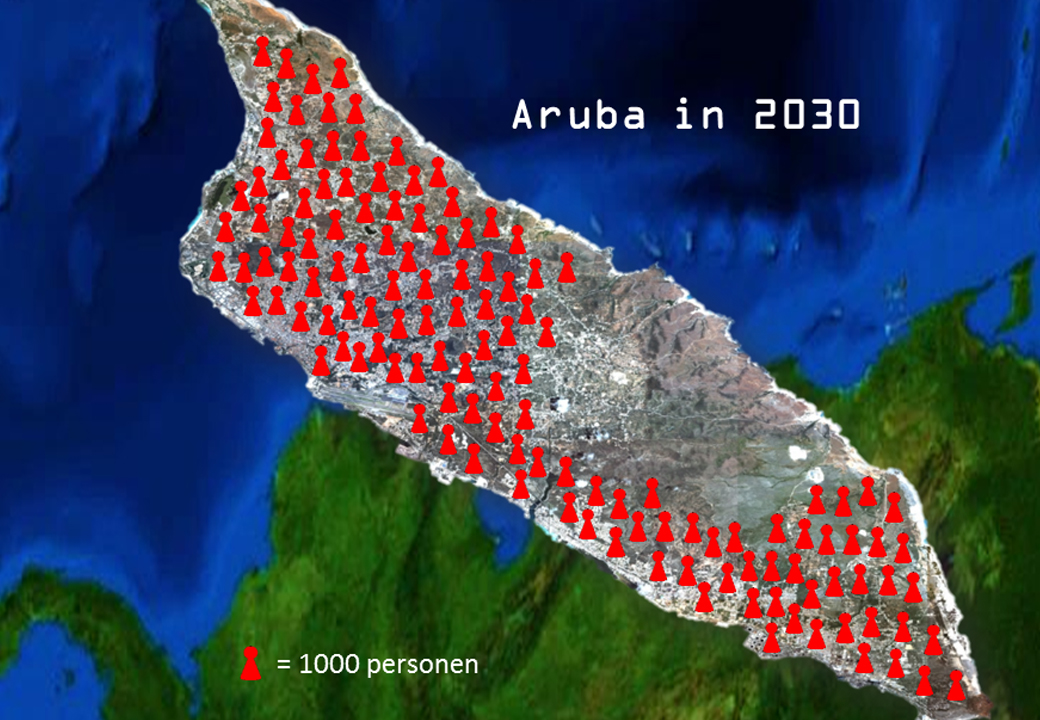 At the time of the 1960 Census, the population of Aruba consisted of 53,199 persons, equivalent to 296 persons per square kilometer.

In fifty years’ time, the population of Aruba almost doubled to 101,484 persons living in Aruba at the time of the 2010 Census.

The population of Aruba will undoubtedly continue to grow in the years to come, but the rate at which this growth will take place depends on a number of demographic and economic variables. By means of demographic data collected during the 2010 Census and economic data obtained from economic models, scenarios were developed to project the number of persons that will be living in Aruba in the years to come. According to these projection scenarios, by September 2030, the population of Aruba will stand at 132 thousand persons, which would signify a growth of 30% relative to September 2010. In 20 years’ time, the population density of Aruba will thus increase with an additional 171 persons per square kilometer.

Nowadays, Aruba is already one of the most densely populated countries in the world. In the Caribbean region, only Bermuda, the Dutch part of Sint Maarten, and Barbados are more densely populated than Aruba. Curacao with its population of 146 thousand persons in 2010 was, had a population density of only 324 persons per square kilometer.